Do you ever have some concepts that just don’t seem to click with a student? While there are lessons started in the primary class, and continue into Lower Elementary, place value is one concept that is a struggle for some children.

In our class this year, we have one first year that has been struggling by this. She is working on four-digit dynamic subtraction, and although she seems to understand the concepts of borrowing and exchanging, she sometimes wants to record 2 digits in a place value and sometimes isn’t able to read a number properly. It’s hard to put a finger on exactly what is happening because the behavior is not consistent.

So for further practice, we’ve had her review the 45 layout, which was no problem. She still was showing inconsistent use of place value, so I created a place value chart that she is using to create numbers with golden beads. I work one-on-one with her to build numbers that I give her, or that she chooses herself. After she builds the number, she records both the numerals and the number written in words.

Here’s a picture of the place value chart with golden beads: 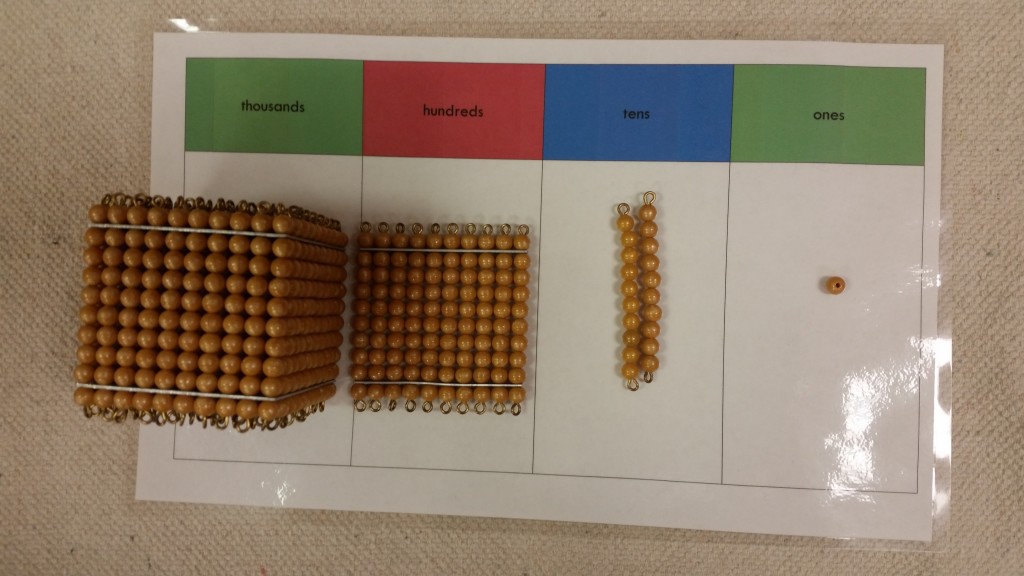 Because of the size of the columns, the numbers I give her or that she chooses don’t use more than one or two thousand cubes, which is just fine for our purposes.

In addition to this work, I created a card sort, matching numbers to their written names (e.g. one hundred seventeen to 117). Once she’s sorted the cards, she records five pairs in her math journal. She has been practicing this a few days a week in addition to practice with her subtraction and I’m noticing improvement.  Yay! 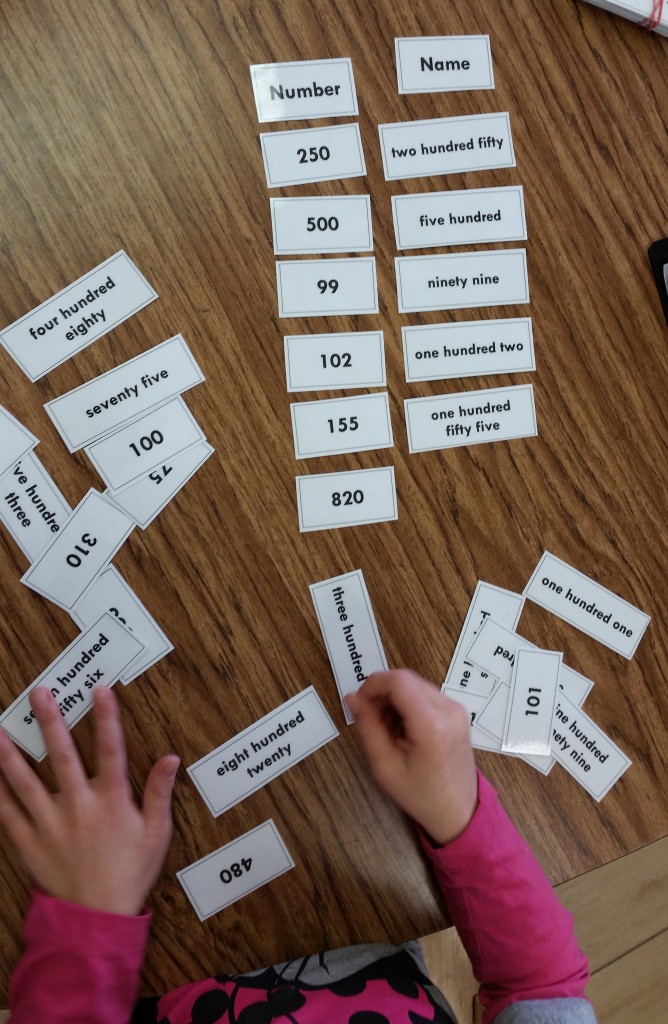 “Numbers and their names” card sort

So while there are still some blips in her work with place value, having dedicated practice with making, saying, and writing numbers does seem to be helping somewhat.

I’m on the hunt for more activities that may be able to help this child with her place value skills, though, just in case. Do you have an activity that you’d be willing to share? If so, please leave a comment below!

Enter your email address to subscribe to Virtually Montessori!